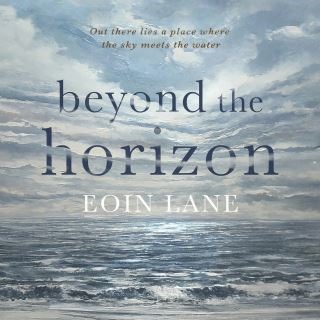 She points the lens of the camera. The artist turns his head slightly. The light catches his brow and his silver-white hair. She snaps. He is lit like a Vermeer.

Ireland. County Wexford, 1951. A father and son go swimming in the sea. The waves crash. The wind rises. Only one comes back—Colin, aged six. His mother, Eileen, runs to seek help, but this is a tragedy that will haunt them forever. Colin won’t speak a word. He is mute and struggling to cope. But Eileen can see he has a talent for painting. She shows him his father’s artwork and gives him a print of a Paul Henry landscape, and slowly, with her encouragement, he begins to follow his dream.

Years later on Inishbofin island off the west coast of Ireland, out walking with his dog on the sand, Colin meets Laura, a young woman on holiday, and a tentative friendship starts to develop. Gradually his past comes to life in a story filled with love and frustration, loss and betrayal, but above all with the passion he has held through his life for the light in the sea and the sky and his search for that distant, elusive shore where the sky sweeps down to the water.

One man. The sea. One painting.

Eoin Lane is an Irish landscape artist and a writer. Previously he has worked in fashion design, historic horticulture, and the heritage sector, and with his partner owned a bespoke bistro restaurant and gift shop. He was a winner at the Irish Writers’ Centre Novel Fair in 2016 and has been both short-listed and a prizewinner in the RTE Francis MacManus Short Story Competition. His paintings are represented by a number of Irish art galleries and have been sold to America, Canada, Australia, and India. He lives in County Down, Northern Ireland.