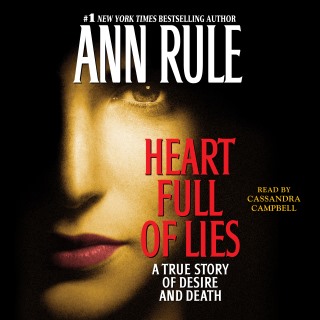 A True Story of Desire and Death

An idyllic Hawaiian wedding held the promise of a wonderful future for handsome, athletic Chris Northon, an airline pilot, a confirmed bachelor-turned-devoted family man; and Liysa, an acclaimed surf photographer, loving mother, and aspiring Hollywood screenwriter. But few, including Chris, had seen Liysa's other side -- her controlling behavior and dark moods, her insatiable hunger for money and property. And no one anticipated the fatal outcome of a family camping trip in an Oregon forest. Liysa soon revealed herself as a victim of domestic abuse that culminated at the campsite, where she shot Chris in self-defense. But crime scene evidence led detectives to wonder if Liysa was a killer, not a victim. Her controversial trial stunned all who thought they knew her. A lifetime of sociopathic manipulations and lies had been expertly hidden behind her façade of perfection -- as was her rage to destroy any obstacle to her ultimate happiness, even if it was the man she vowed to love forever.

Ann Rule: Ann Rule wrote thirty-five New York Times bestsellers, all of them still in print. Her first bestseller was The Stranger Beside Me, about her personal relationship with infamous serial killer Ted Bundy. A former Seattle police officer, she used her firsthand expertise in all her books. For more than three decades, she was a powerful advocate for victims of violent crime. She lived near Seattle and died in 2015.